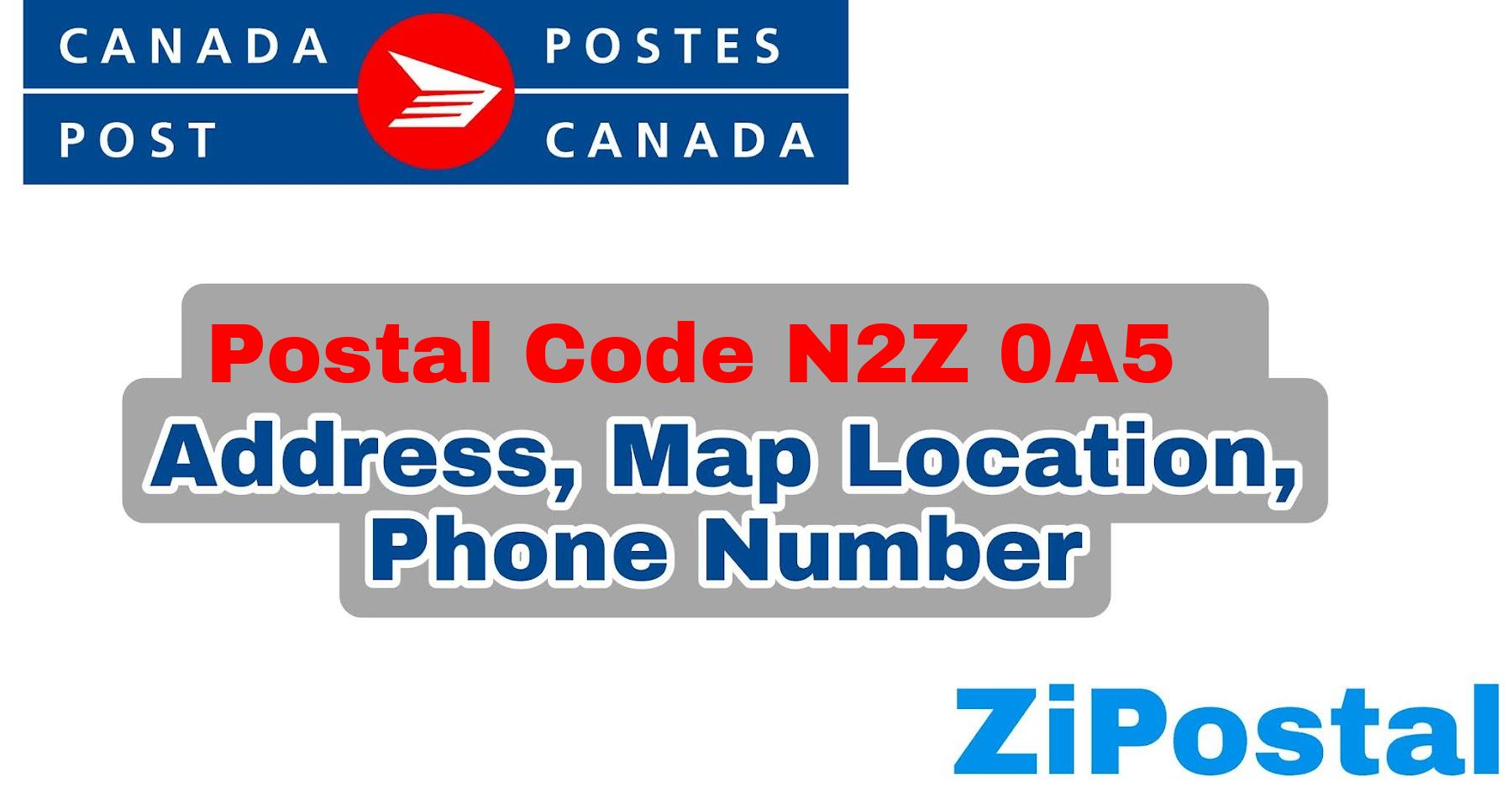 In the following table, you will get the Post Office Name, Postal code (ZIP, Pin), Time Zone, Location, and mobile number, etc. for Postal Code N2Z 0A5.

The location for postal code N2Z 0A5 is Kincardine, Ontario, ON, Canada.

Google MAP for Postal Code N2Z 0A5. Click on view larger map and it will open your GPS.

N2Z 0A5 Postal Code is working under Canada Post, also known as the Canada Post Corporation, Royal Mail Canada, is a Crown corporation that functions as the primary postal operator in Canada responsible for providing postal service in Canada, including its insular areas and associated providences.

The Main Services of Post Code N2Z 0A5 are to mail Letters, Post Cards, Parcels, News Paper & Periodicals, and books or packets, etc. The general delivery time of the N2Z 0A5 post office is 1–3 days depending upon the distance and communication of the destination.

Disclaimer: We have added the accurate data for Postal code N2Z 0A5 from the Canada Post. If you have more information for Postalcode N2Z 0A5 or have any questions drop a comment below, or contact us.